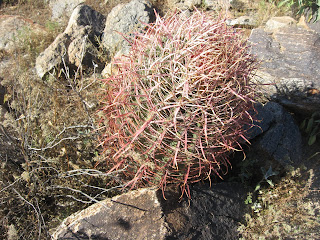 Ben Brockert and Dave Masten represented Masten Space Systems. As with the other Northrop Grumman Lunar Lander Challenge presentations, they injected a lot of humor into their talk. Ben started with what I call the "Triumph" picture where he raises his arms in triumph as the vehicle flies. He says "That's unnatural". He gives a timeline and history of the 2009 Northrop Grumman Lunar Lander Challenge events. He showed that they used a tripropellant: liquid oxygen, isopropanol, and the accidental secret magic ingredient: molten copper.

Ben talked about all of the help they got during the Lunar Lander Challenge when they were ready to give up. Some of the helpers were at the conference.

Dave talked about Masten plans. They want to fly small payloads. They are planning a 3rd generation engine. He showed some movies of flight testing from the previous year. This covered all of their flight history since the last Space Access.

They had some wise construction advise: "You can actually weld concrete to concrete with a rocket engine". That's a handy tip.
They showed a flight with high speed winds. The vehicle is steady in the winds, compensating for them.

Their flights are pre-programmed and autonomous. They use a text file in their own markup language to control it.

They showed post-LLC flights for altitude - 1047 feet. They went 60 mph up and down. Their flight log shows 51 Xombie and 12 Xoie flights. Their plans include putting an aeroshell around Xoie, reaching 100,000 feet (36 km), injector design improvements, and engine work. They have tentative plans for Xogdor flights to 328,000 feet (100+ km). They are trying to grow the company, and have an operations division.

Their plans include CRuSR, university research and education payloads. They are looking into an operations location, and are investigating various locations. They are also in the R&D business, selling engines, building engines for customers, and wireless networking.

@wikkit: The Xoie flight test compilation video made for Space Access is up at http://YouTube.com/bbrockert .

http://twitpic.com/1en601 - This is the E2: Brutus cross section we showed in our presentation.
Posted by Ray at 9:14 PM