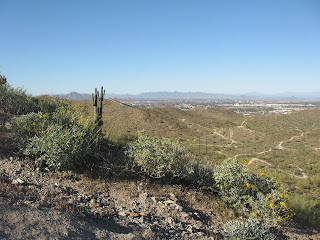 Paul reviewed the lessons he learned during his quest to win the Northrop Grumman Lunar Lander Challenge. One lesson is "don't overreach". He talked about the advantages and disadvantages of contests. He got a lot of publicity during the Lunar Lander Challenge, but now that the competition is done he can set his own direction. During the competition, he built 4 VTVL vehicles, and flew 3 of them. He build and test fired 9 types of motors, built test stands, flew autonomous helicopters, and fired a variety of motors for customers.

At this point Paul showed a video of Unreasonable Rocket activity up to the previous Space Access conference. One incident involved 85% peroxide splashed on one of his cameras (the expensive one of course). He showed this from the camera view. It reminded me of HAL in 2001 being shut down.

Here's another lesson from the Northrop Grumman Lunar Lander Challenge: even with just 2 people, configuration control is important.

While trying for the Lunar Lander Challenge level 1's 90 seconds, he got to 85 seconds.

Paul discussed the advantages of the FAR site, and then discussed the Silver Ball. He showed Blue and Silver Balls on their way to "Old Town Recycling". (Personally, I think they should go to SDAM).

Paul will still build rockets, but he will work smaller. 2010 is slow, since he's making up for Lunar Lander Challenge spending. He would like to sell flight services and complete vehicles. 2006-2008 were good for money, 2009 was bad. 2010 is better, and is filling in the 2009 hole. Paul wants to work on composite talks, small motors, and a vehicle that can return to base able to get air samples to 100k feet.

Here's a post about the conference and Paul's path forward from Unreasonable Rocket: Space Access 10
Posted by Ray at 8:46 PM