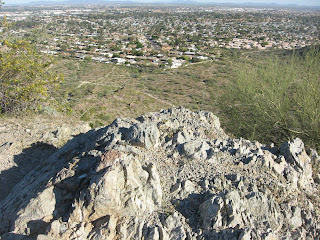 John Carmack started his talk by showing a video on Armadillo's progress. They tested a LOX/methane engine at White Sands, and adapted a vehicle to use LOX/methane. Pixel has been used for tests. They also have been working on Rocket Racing League propulsion. John showed some Northrop Grumman Lunar Lander Challenge Level 2 flight videos. There were also hover tests with forces applied to see how the vehicle reacts. They did tests with students in an effort called SPEAR. They are preparing for higher altitudes.

John presented a new video of a flight to 4000 feet. The engine veers to the side, and then the vehicle tumbles and crashes. John talked about this. They got to a 110 mph descent, but the 120 mph descent failed. They would have hit it eventually, at 5000 feet for example.

They have 2 more full time members, and Neil will soon be full time. The have an operating profit. They are "distracted by these customers" (this caused a laugh from the way he said it). John sold Id Software. He still hasn't made up his $4M investment, but now he will probably be pushing expenditures to reach goals.

John likes the new NASA direction, like the changes Dan Rasky talked about in an earlier presentation. For example, he likes technology demonstrations.

Armadillo handed over a system to the Rocket Racing League. They did their 50th flight the day of John's talk. You get much better when you launch again and again. You learn on the 35th flight.

John had a 2nd son 6 months ago, and he's spending lots of time at Id Software. He wants to be moving faster.

He expects to fly to 6000 feet at Caddo Mills, then 20,000 feet at Oklahoma. Then they go to Spaceport America. They may go with a drogue parachute for stability. They expect 100,000 feet with the current modifications. For 100km, they need to build the next generation. They are building a bigger quad for NASA.

"What you want is 3 times the control authority you think you need so you can laugh as you blast through the atmosphere".

NASA has Pixel now. John is excited at NASA's new suborbital program. The audience is clearly excited at Armadillo's progress.
Posted by Ray at 8:09 PM